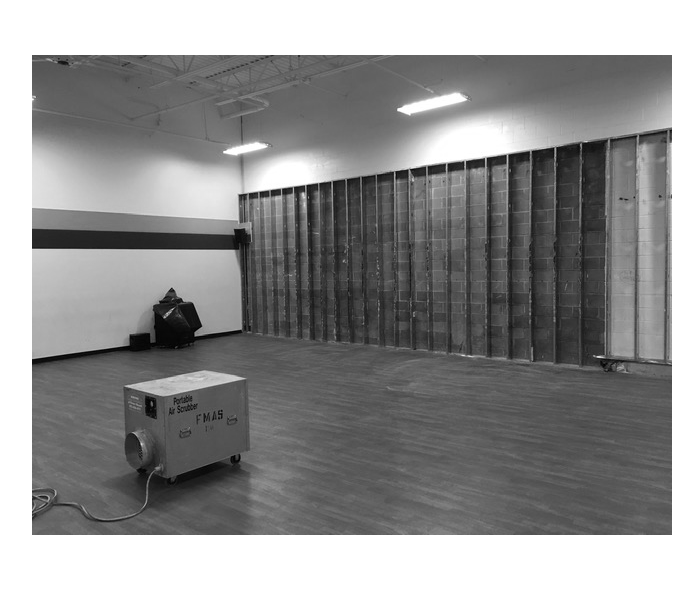 Remediation completed at a local gym

SERVPRO of Flower Mound/Lewisville was called out to perform a mold inspection for a local Flower Mound gym. The gym did an excellent job of preventing cross contamination as the classroom was closed off and the affected area was covered up in order to contain the spores.

Once we removed the containment we found what you can see in the before photo. Drywall was visually affected and with the thermal camera we could see that further materials were affected.

As you can see from the after photo the entire wall was affected resulting in all materials being removed. The cinder block and metal studs were cleaned and treated, the entire classroom was cleaned including the floor, and air scrubbers were running throughout the entire process.

View More Before & After Photos